Dinsmore & Shohl LLP has welcomed former Assistant United States Attorney Lindsay Gerdes as a partner in its national commercial litigation group. She will practice from the firm’s Cincinnati office.

Gerdes is an award-winning trial attorney and former federal and state prosecutor with the Eastern District of New York and Brooklyn District Attorney’s Office, where she first-chaired more than 20 jury trials and led hundreds of grand jury investigations, including for money laundering, wire and tax fraud, violations of the Foreign Corrupt Practices Act, obstruction of justice and racketeering. Her high-profile work has been featured in major news outlets, including her prosecution of a former employee at S&P Dow Jones Indices who pleaded guilty to insider trading last December, and a Mafia murder case in 2019. Gerdes was named Prosecutor of the Year in 2017 and 2018 by Gang Land News, a publication focused on organized crime.  And in 2019, she received a Prosecutor of the Year award from the FBI’s New York office.

Gerdes is following a similar path as former United States Attorneys Mike Stuart and Rob Duncan, both of whom joined Dinsmore earlier this year. She will focus her work on white-collar crime, internal investigations and crisis management for business clients.

“When companies need to do these investigations, it’s because there’s a crisis happening in their organization,” Gerdes said. “I bring all of my federal agency experience and my core skill set of being able to evaluate credibility, follow the evidence and make well-reasoned, sound judgments for clients supported by the results of an investigation.”

Joining Dinsmore was an easy choice for Gerdes as she returned home to Cincinnati after so long in New York City.

“Dinsmore has an amazing national platform, a successful long-term strategy for growth and a vision for continuing to build its white-collar practice with a focus on internal investigations,” she said. “The firm’s incredible client list, very nice people and talented lawyers make it a great fit for me to leverage my 15 years of trial and investigative experience.”

“We are thrilled that Lindsay has joined Dinsmore,” he said. “She strengthens our growing white-collar crime and government investigations practices, and her experience will help our clients make their most impactful decisions.”

Gerdes’ addition is a continuation of an aggressive growth trend at Dinsmore, which has added nearly 100 attorneys in 2021 alone, representing 14% overall growth—fueled in part by its merger with Wooden McLaughlin in January, which remains one of the largest legal mergers in the country this year. 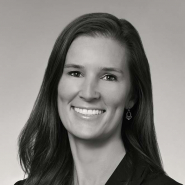 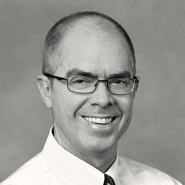