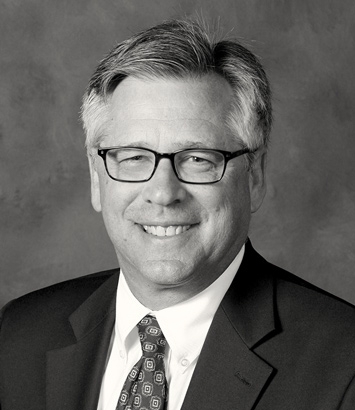 We represented the owner of a municipal arena/convention center complex in negotiations for a 15-year lease of the arena to a major college men’s basketball team.

We represented Rosenstein Development (as Owner/Lessor) in several commercial lease transactions, including those with Walgreen’s, Rally’s, Jason’s Deli and Sears.

We represented Southeast Kentucky Rehabilitation Industries, Inc. (as Lessee) in the negotiations of a lease to a warehouse/manufacturing facility in Pineville, Kentucky.

Represented the Lessee/Purchaser In Negotiations Over a Manufacturing Site

We represented the lessee in the negotiations of the lease of a 15-acre manufacturing site in Kentucky, and then represented that client through the closing when it exercised its option to purchase the property.

We served as counsel to a coal company in the $4 million asset purchase of an idled metallurgical coal mine in southern West Virginia. We counseled the client through every phase of the transaction, from pre-transaction planning and due diligence to drafting the purchase documents to handling the closing. As part of the transaction, we also advised the client regarding the purchase of associated leases of reserves and permits, as well as certain equipment and related assets.
F. Thomas Rubenstein, Jason B. Sims, John R. Rhorer, Jr., Kerry O. Irwin

In an environment of increased scrutiny and regulations, coal companies and mine operators must be able to strategically grow and evolve in order to succeed. Seeking to expand their role in the metallurgical coal market, the coal company turned to Dinsmore to guide them through the acquisition of the two metallurgical coal companies with coal mine complexes in southern West Virginia. We served as deal counsel for the transaction, handling everything from due diligence to negotiating the purchase agreement to coordinating, negotiating complex employment liability issues, and shepherding the closing of the sale. The transaction will enable our client to enter the metallurgical coal market and expand their business offerings moving forward.

Our firm assisted the lender with negotiation of loan documents relating to the financing of a coal company with operations in Kentucky and West Virginia.  Due to our experience in representing clients in the coal industry, we were able to provide much-needed local assistance to the New York bank with regard to issues unique to the coal industry including property, environmental and operational matters.
John R. Rhorer, Jr.

When one of the world’s best known jewelry companies was looking for a location to house their new manufacturing plant, they enlisted Dinsmore to guide them through the process. Working with counsel for and representatives of the local Chamber of Commerce, who owned the land, we negotiated and drafted the purchase agreements and closed the purchase of the property. As part of the purchase, we also worked with state officials to secure significant tax incentives for our client. Our client was able to open their new facility to meet their operating and production goals, and the new facility has also provided new jobs to boost the surrounding economy.
John R. Rhorer, Jr.

When Pine Branch Coal Sales was presented with the opportunity to sell their operating assets, they turned to Dinsmore for counsel. A family-operated coal company, Pine Branch was approached by Blackhawk Mining, LLC about the potential transaction, which would allow Blackhawk to more than double its production. We worked with Pine Branch to facilitate the deal, including conducting due diligence analysis and preparing and drafting the appropriate documentation. We also assisted the client with the complex financial aspects of the deal, which included a component of seller financing and a multi party intercreditor arrangement with a consortium of lenders headed by Deutsche Bank. We then counseled the client through the closing and execution of the sale, which was completed efficiently and to the satisfaction of the client.
Chauncey S.R. Curtz, Kerry O. Irwin, John R. Rhorer, Jr.