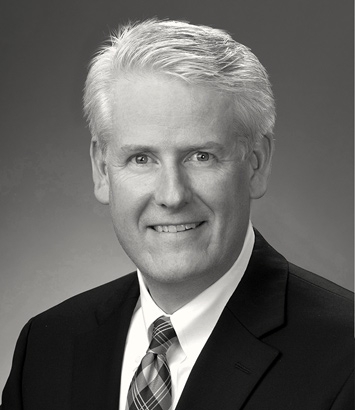 This case involved the addition of job duties to a bargaining unit position and whether management could make the assignment without negotiating with the Union. The Arbitrator confirmed that this was within management's right.
Kirk M. Wall

Union sought 2 years of back pay over alleged misrepresentation regarding the changes to method of calculation of wages under a 12 hour shift agreement. Based on the Union's calculations, the Company owed the Union in excess of $1 million dollars in unpaid overtime. The arbitrator's decision denied the grievance in its entirety.
Kirk M. Wall

Grievant was discharged for failing to pass qualifications testing. The arbitration was significant because it established that the testing process is reasonable, fair, and calculated to determine the qualifications of the individual. Moreover, the grading process was also determined to be fair. The decision is significant in that challenges to the process are unlikely.
Kirk M. Wall

This case involved the Company's decision not to follow a participative program provision in the contract, where the Union had unilateral veto rights over the Union's participation in the program. The Company instead assigned employees under management's rights to work on process safety management. The arbitrator upheld the Company's right to make the work assignment, even though it was not a typical job duty of the assigned employee.
Kirk M. Wall

This case involved the Company's right to post jobs and fill positions based upon qualifications, instead of straight seniority. The Company had never exercised the right in over 50 years at the facility. The arbitrator held that "deciding when a position is open, at what level to fill an open position, establishing and determining position qualifications and determining who is qualified are all traditional and recognized functions of management. * * * Mere non-use of a right does not entail a loss of it."
Kirk M. Wall

In this case, the Union grieved the rotation of workers through different assignments at the Lima facility, contending that the definition of schedule under the contract included days and hours of work, as well as the work assignment. The Union's position was that a two-week rotation had to be followed, which meant that the Company would have to call in workers on overtime to cover shifts if the rotation put an employee in a position for which they were not yet qualified (eg. boilerhouse). The Arbitrator confirmed the Company's position and held that the schedule is limited to the days and hours of work. The Company's management rights clause allowed the Company to change employees' rotation through assignments, which significantly reduced the Company's overtime costs.
Kirk M. Wall

Arbitration, Oil Refinery and United Steel Workers, Use of Contractors

Breach of Employment Contract, Wrongful Discharge in Violation of Public Policy, and Age and Disability Discrimination. The total amount at issue was in excess of $100,000. The district court dismissed Plaintiff Complaint on summary judgment finding that plaintiff failed to establish he had an employment contract and failed to establish that he reasonably and detrimentally relied on any promises by Watson that his employment would be for a specific duration. The court also found that Plaintiff was not disabled even though he had a heart attack.
Kirk M. Wall

Plaintiff brought an employment intentional tort claim after she was jailed on contempt charges by a judge for failing to attend a settlement conference as an insurance adjuster.
Kirk M. Wall

Plaintiff brought suit against the Archdiocese of Cincinnati for breach of fiduciary duty, negligence, engaging in a pattern of corrupt activities, and respondeat superior. The trial court granted the Archdiocese's motion to dismiss because the claims were not timely and plaintiff failed to properly plead a claim arising under Ohio's corrupt practices act, which mirrors RICO. The Third District Court of Appeals for the State of Ohio reversed and the Supreme Court of Ohio granted cert and an appeal as of right because of a conflict in jurisdiction and constitutional issues presented in the case. The Supreme Court affirmed the dismissal, which resulted in the dismissal of numerous lawsuits pending in Southern Ohio, saving the client millions of dollars in defense costs. The case was also significant because it is the first ruling by the Ohio Supreme Court regarding the requirements for Ohio's corrupt practices act.
Mark A. Vander Laan, Kirk M. Wall

Represented client in a case against executives violating a convenant not to compete. Successfully obtained restraining order and royalty payments from competing business.
Kirk M. Wall

Plaintiff brought an age and religious discrimination suit and breach of contract suit against Nationwide Credit Inc., following a reduction in force. Plaintiff brought a second suit against client for fraudulent inducement in state court to circumvent failure to amend complaint in original federal action. The total amount at issue was $300,000. The first suit was dismissed on summary judgment in favor of NCI and settled on appeal to the Sixth Circuit. The second suit was removed from state court to federal court and the case was dismissed under the first to file rule. The second lawsuit was dismissed without the client having to expend significant resources in discovery.
Kirk M. Wall

The City of Blue Ash has 4 bargaining units in its police, fire and maintenance departments. Every 3 years, I am the lead negotiator in the contract negotiations. I am in negotiations every year for the City because of the rotation of the contracts. The Units are as follows: International Association of Fire Fighters, Local 4380, Fraternal Order of Police, Ohio Labor Council, Blue Ash Patrol Officers Benevolent Association, International Association of Fire Fighters, Local 3203, Ohio Council 8, AFSCME, LOCAL 1092-F
Kirk M. Wall

In 2009, I concluded several months of negotiations with the United Steel Workers. I was successful in achieving 76 percent of the Company's agenda items. In particular, we negotiated an attendance policy, short term disability program that was more restrictive, a past practices clause that allows the company to unilaterally terminate any past practices upon 30 days written notice, as well as negotiated the restructuring of 3 departments that resulted in the withdrawal of 5 arbitrations. The negotiations process included strike preparation and defending numerous ULP charges.
Kirk M. Wall

Represented The Wallick Companies and its affiliates in the sale of a $12,500,000 nursing facility and independent living facility located in Springfield, Ohio.
Kirk M. Wall, Jodi Diewald Dyer

Successfully defended ULP over refusal to execute CBA and whether agreement was reached.
Kirk M. Wall