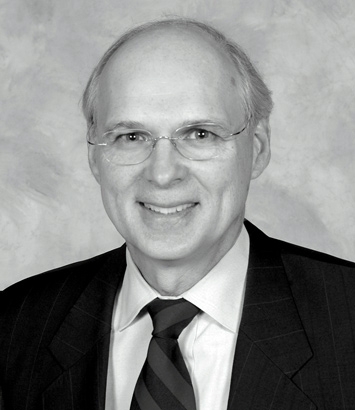 We provided ongoing commercial contract support services to our client in connection with some of its key customer and subcontractor agreements. A half-day visit to the client’s site to tour the facility and meet key stakeholders along with time familiarizing ourselves with our client’s form documents and contractual “pressure points” was all that was needed to immediately add value in an “outside in-house counsel” capacity. We assisted our client in both RFP-based opportunities as well as closed-loop negotiations of master service agreements with both new and existing customers.

We represented a public university whose athletic director improperly used his purchasing authority for personal gain. The university hired us to conduct an independent investigation to determine whether any embezzlement actually took place. Our investigation lasted six months and included hiring an accounting firm to track years of financial transactions, as well as interviews with multiple university officials. We presented our findings to the university president and board of trustees, who in turn authorized us to present our report to the authorities. The athletic director was ultimately convicted of embezzlement.
Michael W. Hawkins, Kathleen A. Carnes

Successful Defense of Client in Age Discrimination and Retaliation Lawsuit

We represented a national health insurance provider in the Franklin County Court of Common Pleas in a case regarding age discrimination and retaliation. The plaintiff alleged he was discriminated against and retaliated against when he was terminated for performance issues. The plaintiff claimed there was an animus against older workers, and that his supervisor was intent on generating a younger workforce. After taking the plaintiff’s deposition and defending the deposition of his direct supervisor, we filed a motion for summary judgment on all claims. Summary judgment was granted as to all claims, and the court adopted much of the brief and reasoning presented by our client.

We represented our client, Humana, in a matter involving a former employee, who alleged our client violated the Age Discrimination in Employment Act and Ohio’s nondiscrimination statute under theories of discrimination, retaliation, and disparate impact. We won summary judgment on all of the plaintiff’s claims. After thoroughly reviewing the company’s reduction-in-force procedures which resulted in the plaintiff’s termination, Judge Beckwith agreed the plaintiff could not “establish a prima facie case of age discrimination relative to his termination in the reduction-in-force because he has not provided additional direct, circumstantial, or statistical evidence tending to indicate that he was discharged because of his age.” (Gilster v. Humana Marketpoint, Inc., S.D. Ohio, Case No. 1:14 CV 961, 1/19/16).

Michael Hawkins served as lead counsel for the respondent before the United States Supreme Court in a National Labor Relations Act (NLRA) dispute between the NLRB and a residential care facility. Mr. Hawkins briefed and argued the case before the Supreme Court, successfully arguing that the NLRB had applied the incorrect test to determine whether registered nurses working at the facility were “supervisors.”
Michael W. Hawkins

We represented a national health care provider in a matter referred to arbitration on the plaintiff’s claims of sex discrimination, hostile work environment and promissory estoppel. A motion was granted for partial summary judgment, with the remaining claims resolved in our client’s favor following the submission of post-hearing briefs to the arbitrator.

We represented Cengage Learning, an educational content, technology, and services company for in an age discrimination suit. Janet Kerekes, who had been a long-time employee, filed a claim against Cengage for age discrimination after she was terminated for performance issues. After unsuccessful attempts at mediation and denial of summary judgment, the parties went through a seven day jury trial in Franklin County Court of Common Pleas. We successfully obtained a fully defense verdict for Cengage.

Obtained defense verdict for Cracker Barrel against claims of discrimination

After a six day trial, the jury returned a defense verdict on all claims for Cracker Barrel. At trial, the crux of Plaintiff’s case became allegations that he was discriminated against due to an alleged disability. Of note, the Dinsmore trial team successfully worked with store management, district level management, and members of Cracker Barrel’s employee relations group, to present testimony highlighting the Company’s concerted efforts to accommodate Plaintiff and to make decisions based strictly on legitimate business reasons. (Wills v. Cracker Barrel Old Country Store, Case No. 2011 CV 08357, 3/5/13)
Michael W. Hawkins

We represented Humana Pharmacy, Inc. in a matter where a former employee and his wife alleged that our client violated the Americans with Disabilities Act and ERISA. We won Summary Judgment on all of Plaintiffs’ claims. The Court determined that neither a disability, nor potential use of ERISA benefits were motivating factors in Plaintiff’s termination with the Company. In granting the Motion, and rejecting Plaintiffs’ pretext argument, Judge Spiegel focused on the Company’s adherence to its progressive discipline principles: “Defendant has put into the record evidence showing that Mr. Turner’s employment was terminated after he failed to improve his performance after he was warned and counseled repeatedly over the course of months.” (Turner v. Humana Pharmacy, Inc. d/b/a RightSource, S.D. Ohio, Case No. 1:11-cv-260, 10/2/12).
Michael W. Hawkins

Allegations of Wrongful Termination by Ex-Employee of Medical Device Manufacturer

When a medical device manufacturer faced allegations of wrongful termination from an ex-employee, they turned to Dinsmore. The plaintiff was an engineer who was originally hired by the client to serve as a project manager. Upon hiring the plaintiff, the terms of his employment were laid out in an employment contract, which also contained deadlines for the completion of various projects. After nearly a year of employment, it was determined that the plaintiff had not met the required deadlines, and he was terminated. The plaintiff alleged he was wrongfully terminated and filed 10 claims against the client, including alleged violation of public policy, breach of contract and age discrimination. We filed a motion for summary judgment, which was granted on nine claims. For the remaining claim of violation of a public policy, we prepared the matter for trial, including managing discovery and taking depositions. On the first day of the trial, before proceedings officially began, we negotiated a settlement favorable to our client, enabling them to avoid litigation.
Michael W. Hawkins

Represented debt collector in class action by debtor alleging violation of the Ohio Consumer Sales Practices Act (“OCSPA”) for alleged failure to state consideration paid for the debt in an assignment document. The Richland County Court of Common Pleas granting the debt collector’s motion for judgment on the pleadings and dismissed the OCSPA claim. The court held that the debtor failed to cite to an Ohio case that was sufficiently similar to put the debt collector on notice that its alleged conduct violated the OCSPA; thus, the debtor failed to state a class claim for violation of the OCSPA. The Court further held that any amendment of the complaint to cite to cite additional authority would be futile because the proposed additional authority came from a federal court and was not a decision from a court of “this state.”
Michael W. Hawkins, Elizabeth M. Shaffer

We represented Defendant Burrows Paper Corporation in a lawsuit seeking in excess of $1 million for breach of contract.  The defense prevailed on summary judgment, and again on appeal, where a three-judge panel rendered a unanimous decision in our favor.
Michael W. Hawkins

An employee whistleblower accused the Company of illegal and unethical practices related to advertising claims for its products.  We responded very quickly to the client's need for an objective, honest, internal investigation.  Over the course of six weeks, we interviewed numerous Company employees and managers, prepared a detailed investigation report with recommendations, and conducted a meeting with the employee whistleblower.
Michael W. Hawkins

Dinsmore represented a national restaurant chain operating in more than 40 states to identify core areas of employment regulation at the state level, including wage and hour, child labor, time off - including vacation, voting, jury service and for crime victims - employee privacy rights and several other key areas and incorporated the myriad laws and regulations into a field reference guide for mangers, operators and human resources professionals. The guide was prepared in a manner that can be efficiently revised as the laws of the various states are modified. To complement the reference guide, we assisted the client with the preparation of a detailed field management guide for the managers, operators and human resources professionals for the administration of the varied rules affecting their multi-state operations to maximize compliance and minimize both employee relations issues and litigation.
Michael W. Hawkins

Our firm took over the case after the NLRB ruled against the Company; we focused the legal issues to position the case for a successful appeal to the Sixth Circuit where RN's were determined to be supervisors.  We then argued and won the case before the U.S. Supreme Court.
Michael W. Hawkins