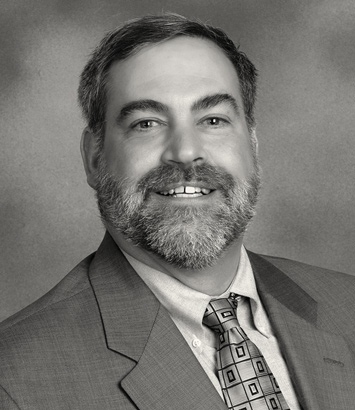 We served as transaction counsel to Coronado Coal II LLC in an approximately $174 million transaction involving the acquisition of the coal mining operation assets of Cliffs Logan County Coal, LLC from Cliffs Natural Resources, Inc. The assets involved in the transaction were active underground and surface mines with metallurgical and thermal reserves, preparation and loading facilities and related infrastructure. We advised the client at each step of the transaction, including the initial offer and proposed letter of intent, due diligence, negotiating the purchase agreement, transition services agreement, permit operating agreement and certain third party agreements and efficiently executing the closing of the sale. The transaction, was the firm's fourth coal asset acquisition for this client and the entities associated with it since 2012.

We served as counsel to a coal company in the $4 million asset purchase of an idled metallurgical coal mine in southern West Virginia. We counseled the client through every phase of the transaction, from pre-transaction planning and due diligence to drafting the purchase documents to handling the closing. As part of the transaction, we also advised the client regarding the purchase of associated leases of reserves and permits, as well as certain equipment and related assets.
F. Thomas Rubenstein, Jason B. Sims, John R. Rhorer, Jr., Kerry O. Irwin

We served as lead counsel for agent of landowners group comprising approximately 35,000 acres that included negotiating and drafting options to lease, and ultimately leases, then negotiating and representing the landowners group at closing for the paid-up lease of Marcellus Shale rights at $4,000 per acre, resulting in an approximately $140 million transaction.
F. Thomas Rubenstein

We served as local West Virginia counsel for a Houston firm representing a client that purchased a working interest in 18 Marcellus Shale wells already drilled, along with a working interest in 12 additional wells yet to be drilled. We assisted with a subset of the transaction closing documents, including the memorandums of lease that document and provide notice of our client’s ownership interests. This was a multi-million dollar transaction.
F. Thomas Rubenstein

In an environment of increased scrutiny and regulations, coal companies and mine operators must be able to strategically grow and evolve in order to succeed. Seeking to expand their role in the metallurgical coal market, the coal company turned to Dinsmore to guide them through the acquisition of the two metallurgical coal companies with coal mine complexes in southern West Virginia. We served as deal counsel for the transaction, handling everything from due diligence to negotiating the purchase agreement to coordinating, negotiating complex employment liability issues, and shepherding the closing of the sale. The transaction will enable our client to enter the metallurgical coal market and expand their business offerings moving forward.

Mine Safety and Health

I am experienced in handling such matters individually as well as the chairman of multi-member panels hearing and deciding private arbitrations involving large publicly traded land holding and operating companies to smaller privately held companies addressing disputes over coal reserves, leases, contract mining agreements, and sales agreements, with amounts at stake ranging from less than $1 million to in excess of $100 million.  I am also experienced in handling other, non-coal related, commercial disputes as a former American Arbitration Association commercial panel member.
F. Thomas Rubenstein

This transaction involved a corporate reorganization of several limited liability companies which collectively owned or controlled certain coal producing and related assets followed by the sale of all of the membership units for approximately $20,000,000 to a publicly traded company. Our firm’s experience in mergers and acquisitions, natural resources and tax matters enabled the client to maximize membership unit value and complete this transaction in an efficient and timely manner.
F. Thomas Rubenstein, Ellen Arvin Kennedy, Brady W. Dunnigan, Lee M. Stautberg

I have represented various county boards of education in employee grievance matters, and have provided preventative advice concerning the hiring, discipline and discharge of employees.

I acted as counsel for the Defendant boards of education in the following West Virginia Supreme Court of Appeals decisions:

Taylor-Hurley v. Board of Education of the County of Mingo, 551 S.E.2d 702 (W.Va. 2001).  Case involving seniority of central office employees with multi-classifications.

Hall v. Board of Education of the County of Mingo, 541 S.E.2d 624 (W.Va. 2000).  Case involving seniority of service personnel with administrative errors in employment record.

Conner v. Board of Education of the County of Barbour, 489 S.E.2d 787 (W.Va. 1997).  Case involving the discharge of a bus driver for jeopardizing safety of students.

I was retained by a large Pittsburgh law firm to assist its attorneys and to provide testimony as an expert witness in a circuit court proceeding in West Virginia pertaining to asset purchase agreements for coal properties, operations and permits. I was admitted as an expert witness and provided testimony about these matters in the Circuit Court of Greenbrier County that helped achieve a favorable result for the client of the firm which retained me.
F. Thomas Rubenstein

I have acted as preventative counsel for various hospital and medical practice groups with regard to labor and employment matters, including the review of employee handbooks, policies and advice concerning discipline and discharge of employees.
F. Thomas Rubenstein

I have provided representation with respect to collection efforts for a large hospital pertaining to patient services for various state agencies such as regional jails and the West Virginia Department of Health and Human Services.  Through the initiation of collection suits and negotiations, we have collected in excess of $500,000 of unpaid charges for a large state-wide hospital group.
F. Thomas Rubenstein

This was a changing market conditions driven commercial agreement addressing the purchasing utility's desire to control costs and the selling entity's desire to obtain a solid commitment for base load tons for substantial mining operations.  The value of the amended package of coal supply and transportation agreements was in excess of $75 million.

I served as the client's primary counsel in the negotiation and preparation of definitive agreements to accomplish the client's goal of achieving the extension of the term of an agreement otherwise set to expire on terms and conditions favorable to the client, including pricing and quantity provisions.

Ongoing legal services for the sole representative of a large landowners group in a $126 million leasing transaction of Marcellus Shale oil and gas rights covering approximately 35,000 acres of property located in north central West Virginia, with nearly $93 million distributed to landowners to date as initial lease bonus payments. The closing of a companion transaction involving approximately 16,500 acres on the same lease terms and conditions, including lease bonus payments, has been postponed and the brokerage company which holds options on the subject leases has engaged litigation counsel to pursue an appropriate remedy, including specific performance. Part of the ongoing services will include monitoring that litigation. Services included drafting the lease agreement used by the landowners group with the group representative, as well as reviewing and assisting with the negotiation and finalization of the respective purchase and sale agreements and related documents.
F. Thomas Rubenstein

We represented a multi-generational family trust in connection with the sale of a 205-guest room mixed-use hotel-residential condo-retail development and convention center complex in downtown Morgantown, WV. Our representation included the negotiation and preparation of LOI and subsequent sale and ancillary documents; coordination of due diligence; analysis and resolution of complex issues regarding correlative rights and obligations of hotel and residential condominium units above the hotel. We also handled the negotiations with the City of Morgantown and documentation regarding the assignment of the convention center rights, easements and rights-of-way relating to the entire development; negotiations with adjacent property owners and documentation regarding assignment of crucial parking rights and rights associated with plant equipment; identification and resolution of title issues; and coordination of post-closing obligations.
F. Thomas Rubenstein, Brady W. Dunnigan

I represented a substantial Appalachian coal brokering firm with respect to various coal sales and transportation arrangements for both domestic and foreign markets, including applicable security and related agreements pertaining to financing assistance to producers from time to time.
F. Thomas Rubenstein

I have represented a large Appalachian coal producer in commercial transactions involving both the sale and purchase of underground and surface mines, preparation plants, sales contracts, mining equipment and permits with values ranging from $20 million to in excess of $200 million.
F. Thomas Rubenstein

Start-Up of Underground Mine at Greenfield Site

I represented a small Appalachian coal producer in commercial transactions involving the leasing and development of a new underground mine in previously undeveloped coal reserves along with equipment acquisition, and leasing and financing arrangements with both private lenders and traditional banking institutions.
F. Thomas Rubenstein

This was a unique commercial transaction driven by coal producer's financing sources (substantial domestic and foreign banks) requiring a performance guaranty for the production and shipment of in excess of 500,000 tons of coal per year to certain southeastern cogeneration facility customers.  The value of the contract at issue was in excess of $50 million.

I served as the client's primary counsel in the negotiation and preparation of definitive agreements which occurred over several months to accomplish the client's goals of providing its lenders with an acceptable guaranty unique in structure to retain shipping rights under a long-term supply arrangement as well as achieving the client's goal with respect to the consideration for the arrangement with the coal supply subsidiary of a large southern utility company.