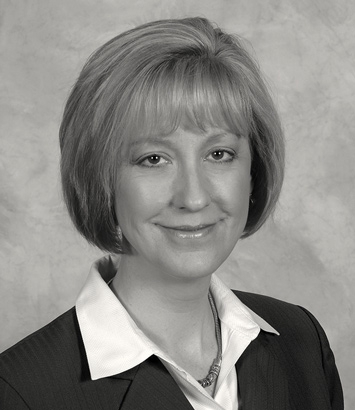 The cases involving our client, a large regional pediatric medical center and its employees and employed physicians, have ranged from simple personal injury claims to allegations of catastrophic injury and death.  All cases were fully litigated and either dismissed, settled or tried.  Dinsmore & Shohl has developed special skill in the handling of pediatric medical negligence claims, including analysis of complex pediatric medical issues, and development of and relationship with numerous experts nationwide.

Dinsmore & Shohl represented a major cigarette manufacturer (American Tobacco) in a smoking and health case involving allegations of peripheral vascular disease causation and corporate misconduct that was tried in Federal Court in Kansas City, Kansas in 2002.  The case resulted in a small compensatory damages verdict against American Tobacco in the amount of $1984.00 (yes, that is the correct number) and no punitive damages.  After the verdict was rendered the case against American Tobacco was dismissed without payment.
Frank C. Woodside, III, Mary-Jo Pullen

In re: Tobacco Litigation: Medical Monitoring

A medical monitoring action tried to a defense verdict in state court in Wheeling, West Virginia in 2001 that was instituted against multiple tobacco companies by a class of West Virginia smokers who sought medical monitoring in the form of CT scanning and spirometry to screen for smoking related disease.  In this action (which was affirmed on appeal) Dinsmore & Shohl represented The American Tobacco Company and Brown & Williamson Tobacco Corporation.  In addition to acting as trial counsel, Dinsmore & Shohl consulted with and retained pre-eminent experts in the fields of public health, preventive medicine and pulmonology to develop and present a scientifically sound defense in emerging areas of law and medicine.
Frank C. Woodside, III, Mary-Jo Pullen

Dinsmore & Shohl served as trial counsel for Brown & Williamson in a smoking and health case involving allegations of bronchioloalveolar cancer causation and corporate misconduct that was tried in state court in Missouri in 2005. The case resulted in a verdict for the defense after a two-week trial.
Frank C. Woodside, III, Mary-Jo Pullen

Dinsmore & Shohl served as trial counsel for Brown & Williamson in a smoking and health case involving allegations of laryngeal cancer causation and corporate misconduct that was tried in state court in Independence, Missouri in 2005.  The case resulted in a small compensatory verdict for plaintiffs against Brown & Williamson ($200,000.00); no punitive damages were awarded.
Mary-Jo Pullen

Dinsmore & Shohl represented its tobacco clients in cases in a variety of state and federal courts participating in out of town trials in six cases.  The cases ranged from medical monitoring class action to a major consolidated personal injury matter to individual lawsuits involving claims of lung cancer, peripheral vascular disease, laryngeal cancer, etc.  The cases involved significant document management, as well as complex legal, factual and medical issues.  All cases were fully litigated and either dismissed, disposed of on motion or tried to a verdict.  In no case handled by Dinsmore & Shohl were the clients subject to punitive damages.
Frank C. Woodside, III, Mary-Jo Pullen

Defense of The Procter & Gamble Company against claims of Toxic Shock Syndrome and other illnesses alleged to have resulted from the use of tampons.
Frank C. Woodside, III, Mary-Jo Pullen