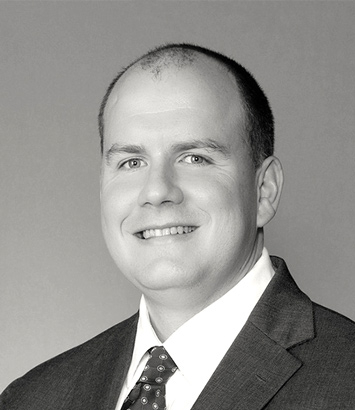 Represented a Supplier in Banking Litigation

Our client, a granite countertop provider, fell victim to wire transfer fraud.  Our client received an email, purportedly from a supplier, instructing it to wire money to a fraudulent account believed to be the supplier’s. The countertop provider’s bank received an alert, warning them the money was not going to an account bearing our client’s supplier’s name as intended, but the bank ultimately completed the transfer and the funds were lost. We represented our client in pre-litigation negotiation related to the stolen wire transfer funds. The case was ultimately settled.

Our firm worked with a large company in the high technology industry in the preparation and prosecution of patent applications related to numerous technologies in its IP portfolio.
Joshua A. Lorentz, James E. Beyer, Matthew A. Molloy, Brian A. Tent, Nicholaus R. Rericha, Nicolas A. Brentlinger

Our firm represented a computer printer and electronics company in the drafting of patents and prosecution of patent applications related to consumer electronic products such as printers (laser, ink jet, etc.), scanners and all-in-one units, ink and print head design.
Geoffrey L. Oberhaus, Matthew A. Molloy

We provided counsel, analysis and revisions to multiple development agreements between our client, Smart Dog Media, (a production company) and a robotic engineering company which was developing robots and robotic technology for the television series, “The Robot Combat League,” currently televised on the Syfy Channel.
Matthew A. Molloy