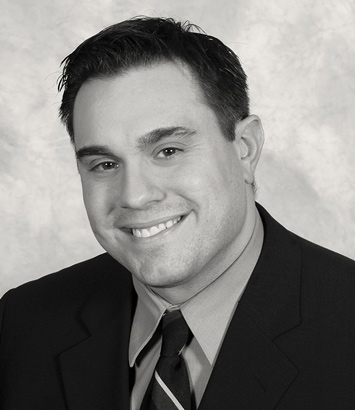 We represented a large window manufacturer and installer in a construction public bid protest matter. Our client submitted a bid for work on an Ohio school, but was not selected after claims that their bid did not match the specifications outlined in the bid proposal.

Dinsmore represented a major motor vehicle manufacturer in cases filed in Ohio associated with allegations of sudden unintended acceleration. We removed the cases to federal court and were involved in successfully litigating the matters as part of the multi-district litigation procedure.
Jeffrey P. Hinebaugh, H. Toby Schisler, Andrew R. Kwiatkowski, Gregory A. Harrison

Dinsmore & Shohl defended American Building Components in a Highland County, Ohio case involving allegations American Building Components breached its limited written warranty, was negligent, and breached an alleged obligation of good faith and fair dealing when it supplied a roof to a general contractor, who constructed a commercial dairy barn for the plaintiff. The case was dismissed based upon the Court's enforcement of a forum selection clause contained in the limited written warranty. In essence, the Court refused to let the plaintiff selectively enforce the provisions of the limited written warranty. The Court's ruling was upheld by Ohio's Fourth Appellate District, and the opinion is published as: Bohl v. Hauke (4th App. Dist. 2009) 180 Ohio App.3d 526.
Mark C. Bissinger, Andrew R. Kwiatkowski

Represented a commercial/residential roofing contractor who asserted claims of breach of contract relating to monies due from general contractor for work on a large condominium project. Also defended client against claim of faulty workmanship. Case was settled on terms favorable to our client.
Andrew R. Kwiatkowski, Mark C. Bissinger

We represented a major motor vehicle distributor in a breach of warranty case that went to a jury trial in Licking County, Ohio. The Plaintiffs alleged that defects with the vehicle were causing significant and premature wearing of the vehicle’s tires. We obtained a defense verdict on behalf of our client.
Jeffrey P. Hinebaugh, H. Toby Schisler, Andrew R. Kwiatkowski

Worked on motion for summary judgment in a matter where plaintiff claimed damages for work on purported “unforeseen” site conditions where subsurface rock was encountered during excavation. Was successful in convincing court that Spearin doctrine, which permits an action for implied warranty of accuracy of plans, was not applicable in Ohio to non-government construction projects and this claim, along with claims for promissory/equitable estoppel, unjust enrichment, fraud in the inducement, and breach of implied duty of good faith and fair dealing should be dismissed.
Andrew R. Kwiatkowski

The Plaintiffs asserted claims against Kia Motors of America, Inc. alleging violations of the Ohio Lemon Law and Ohio Consumer Sales Practices Act. The case was tried to a jury in the Court of Common Pleas, Licking County, Ohio. By utilizing effective cross-examination of the Plaintiffs and their expert as well as persuasive testimony from Kia's expert witness, we were able to obtain a complete defense verdict from the jury on behalf of our client.
Andrew R. Kwiatkowski