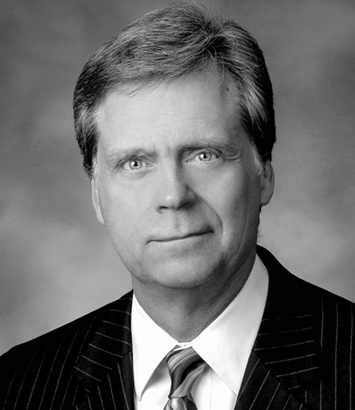 We represented our clients through the complex negotiations of a binding membership interest purchase agreement, metal supply agreement, and associated agreements involving intellectual property rights.  Our clients, UACJ Corporation and its U.S. subsidiary, Tri-Arrows Aluminum Holding Inc., opted to sell their interest in Constellium-UACJ ABS LLC, a Bowling Green, Kentucky joint venture engaged in finishing automotive body sheet, which it previously held with their joint venture partner, Constellium N.V. and Constellium U.S. Holdings I, LLC.  Our team assisted with the negotiations resulting in the termination of the membership agreement, working with owners and representatives in Tokyo, Paris, New York, and Louisville.  As part of the deal, we also assisted with the negotiations of a metal supply agreement ensuring that Tri-Arrows Aluminum, also our client, would remain a supplier of cold coil to the Constellium Bowling Green plant for up to five years.

Represented two well-known developers and an investment partner in a $75,000,000 mixed-use retail, office, entertainment and residential development project in Cincinnati. The deal included Bond, Tax Increment and New Market Tax Credit financing for construction of the University Square Project. In total, the transaction spanned three years, leveraged a multitude of financing vehicles including a blend of grants, bonds and tax credits and involved negotiations and coordination between three law firms, a public university, the City of Cincinnati and one of the area’s largest regional banks.

We represented an ESOP-owned company engaged in the wholesale brokerage, distribution and sale of grocery merchandise. Our client sold its stock to a private equity buyer for a transactional value in excess of $70 million. This enabled the buyer to expand its operating territory and allowed our client’s operation to further grow and expand its operations under the new ownership.

Structured, for a communications tower company, a multi-step tax deferred §1031 exchange of assets. This transaction involved numerous "out of the box" aspects, including incorporating forward and reverse exchange structures, and the transfer and acquisition of multiple asset classes, both tangible and intangible.
Frederick J. Caspar, Philip A. Zukowsky

Reorganization of a real estate company owning over $1 Billion in value of rental properties. This restructuring was designed to be completely tax free, and to allow for the tax-free award of ownership interests in selective properties to various key employees who have management or supervisory responsibilities with respect to those specific properties. The permutations of pairing such executive awards to specific properties were numerous, and the structure was designed to allow for such selective award of ownership interests in a manner that was not only tax free to the company and the executives, but to also allow for such ownership through a common holding company for maximum simplification, for retention of control in the hands of the majority owner, and for appropriate asset protection insulation among properties and from non-property creditors.
Frederick J. Caspar

Sale and Leaseback of Assets

Structured the sale and leaseback of a large block of assets for the U.S. Subsidiary of a FTSE100 company. This transaction was effected through various Delaware Series Trusts. The transaction was structured to be treated as a sale and "true" lease for federal income tax purposes, but in a manner to minimize or avoid sales and other transfer taxes.
Frederick J. Caspar, Philip A. Zukowsky

When Space Computer Corporation, a technology company that specializes in software for hyperspectral sensors, sought counsel to guide them through a merger with ITT Exelis, they turned to Dinsmore. Space Computer Corporation’s business includes the development and production of hyperspectral sensors, which are installed on satellites, manned aircraft and unmanned vehicles to detect hidden or obscure targets, cue other sensors, and downlink real-time data to analysts, including providing such services and products to the defense industry, U.S. military and government organizations. We were tax and transactional counsel, advising the clients on all aspects of the transaction, including tax structuring, negotiating terms, drafting the applicable documents, closing, and ensuring that our client’s interests were protected throughout the entirety of the transaction.
Frederick J. Caspar

We assisted a long-time privately held client in negotiating, and on January 31, 2011, closing, a syndicated revolving credit facility of up to $125,000,000. In connection with obtaining the financing, we also assisted our client in a major and complex restructuring of its ownership and subordinated debt structure that had significant tax implications.
Richard A. Broock, Lisa S. Pierce, Frederick J. Caspar, Philip A. Zukowsky

Representation of real estate developers, owners and operators, on an annual basis in excess of $100 Million in assets, in connection with numerous affordable housing projects under §42 of the Internal Revenue Code. This representation includes all tax aspects under §42, Subchapter K, and related tax planning, in connection with the acquisition, construction, development, syndication and operation of such projects.
Frederick J. Caspar

Planned tax structuring in connection with the reorganization of a publicly traded manufacturing company in bankruptcy. Planning involved numerous domestic and foreign operations and subsidiaries, and included planning to maximize the use of all tax attributes and maximize basis step-up for the post-bankruptcy reorganization owners of the various business segments.
Frederick J. Caspar, Philip A. Zukowsky